Short And Sweet Story with moral in English 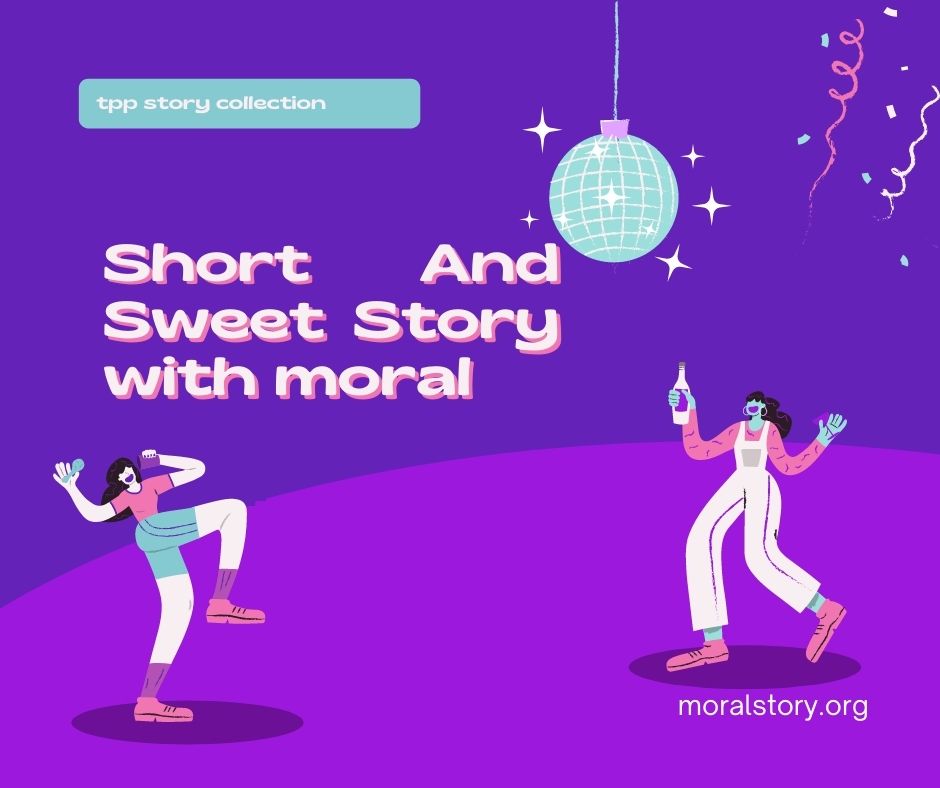 A short and sweet story with moral in English For you it’s a lovely moral story. so if you like that this story please give us a comment thank you

There was a huge pond in a forest area. Due to having food in it for all kinds of animals, there used to live many kinds of creatures, like birds, fish, turtles, and crabs, etc.

Heron lived nearby, which did not like to work at all.  His eyes were also weak.  Fish have to work hard to catch them, which used to disturb them.  Therefore he would often starve due to laziness.  Standing on one leg, he kept thinking that what should be done to get food every day without moving his hands and feet.

One day he thought of a solution, so he sat down and to try it.  Heron stood on the banks of the pond and felt tears pour out of her eyes.  When a crab saw him shedding tears, he came close to him and started asking,

“Mama, what are you shedding instead of hunting fish for food?”  Heron hiccuped loudly and said with a sore throat,”

Son, I have hunted much fish.”  Now I will not do this sin anymore.  My soul has woken up.  Therefore, I am not catching any fish that come near.  You are watching. ”

Crabda said, “Uncle, you will not hunt, if you eat anything you will not die?”  Heron took another hiccup, “It is good to destroy such a life, son, we all have to die soon.  I have known that soon there will be a twelve-year long drought here. ”

Short And Sweet Story with moral in english

Bagule told Kakeda that this was told to him by a trikaldarshi Mahatma, whose prediction is never wrong.  Kakade went and told everyone how the heron had taken the path of sacrifice and devotion and was about to dry up.  All the creatures of that pond like fish, turtles, crab, ducks, and cranes, etc. came to the heron and said,

“Bhagat uncle, now you tell us some way of rescue.  Fight your wisdom, you have already become a great scientist.”

Thinking a bit, Bagule said that there is a reservoir some distance away from which the mountain waterfall flows.  It never dries.  If all the organisms in the reservoir go there, then there can be a rescue.

Now the problem was how to reach there?  Bagule Bhagat also solved this problem “I will take you one by one on my back and reach there because now the rest of my life will be spent in serving others.”  All the creatures shouted slogans of ‘Bagula Bhagatji ki Jai’.

Short And Sweet Story with moral

Now Heron became Bhagat’s quarter-twelve.  He would take a creature on his back every day and take something away and go near a rock and slam him on it and kill him.

Whenever there was a mood, Bhagatji used to make two rounds and the number of animals in the pond started to decrease by licking two creatures.

Heaps of bones of dead creatures grew near the rock and Bhagatji’s health began to build.  He became very fat after eating.  There was redness on the face and the wings started shining with fat.

Seeing them, other creatures said, “Look, the fruit and virtue of serving others is felt in Bhagatji’s body.”

Heron Bhagat laughed a lot.  He used to think about how many foolish creatures are lying in the world, who believe in everyone.  In the world of such fools, if a little clever work is done, there is fun.

A lot of feasts can be flown without shaking hands and feet. There is a chance to reduce the foolish beings from the world. If you have a lot of time to sit and sit, you get plenty of time to think.  This sequence went on for many days.

One day Kakade said to Heron,

“Mama, you have brought so many animals from here to there, but my turn has not come yet.”

“Son, today you put your number, come sit on my back.”

Kakeda was happy and sat on the back of the heron. When he reached near the rock, seeing the mountain of bones there, the forehead of the crab was taken down.

He stammered, “How is this pile of bones?”

How far are those reservoirs, uncle? ”  Heron laughed coldly and said, “Fool, there are no reservoirs.”  I sit here with one on the back and eat it.  Today you will die.”

Crabda understood everything. And he shivered but he did not give up and. immediately pushed forward his jambur-like claw

And pressed the neck of the wicked heron, and held it until his soul was flown away.

Then Kakeda Bagule returned to the pond with the severed head of Bhagat and told the truth to all the creatures how the evil Heron Bhagat kept cheating them.

Moral of the stories: Do not blindly believe the words of others. . Should be patient and wise in trouble. The Crocodile And The Monkey Short Story

The Thirsty Crow Story: For Kid’s