Night Vision Vs. Thermal Scope Attachments: Which Is Best for Hunting? 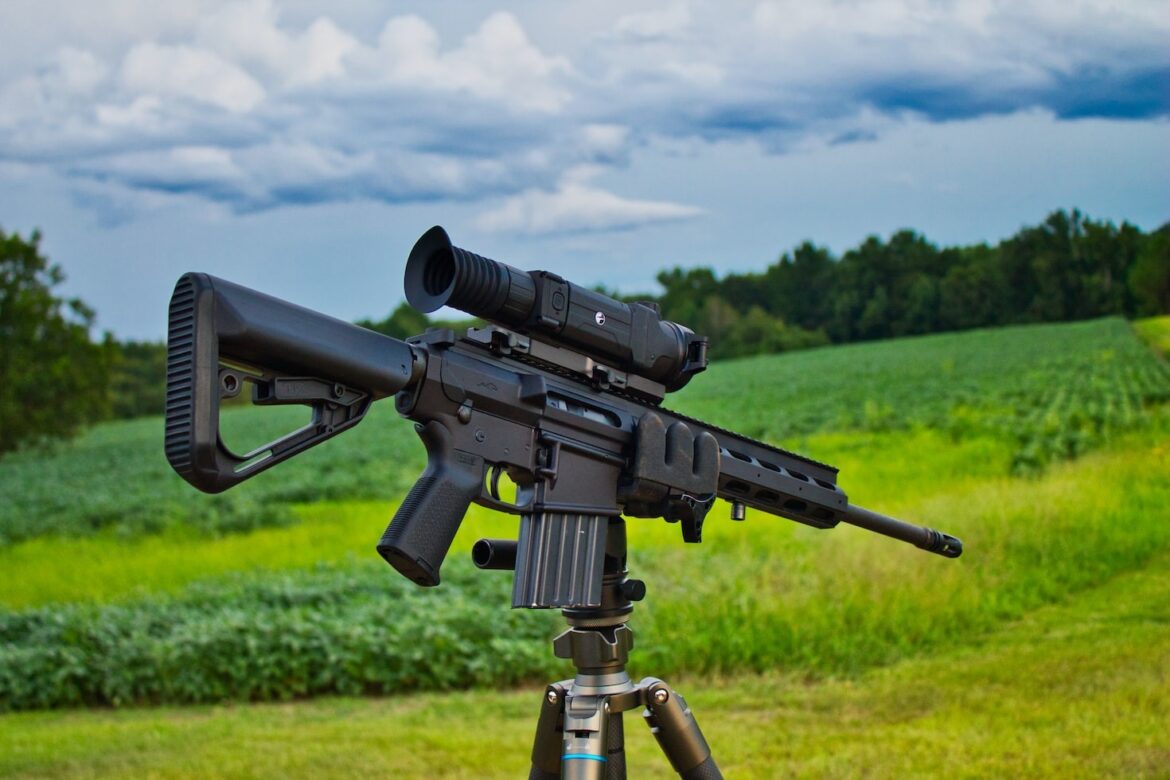 If you’re a nighttime hunter, you’ve probably argued with your buddies about which visual aid is best for hunting game at night: a thermal scope attachment or a night vision goggle.

Although most hunters prefer one over the other, both devices offer varying features that make them ideal for specific hunting situations.

This article looks at the differences between a thermal rifle scope attachment and a night vision scope to help you determine which one is best for hunting at night, depending on where and what you’re hunting.

Every object emits infrared radiation as heat signatures, and a thermal scope attachment gives you a heat map of everything around you during nighttime using these signatures.

In other words, you can easily pick up the heat signatures of people and animals at night using an infrared scope attachment.

On the other hand, your thermal scope attachment for AR-15 will render higher temperatures in red, yellow, and orange hues.

These color variations make it easier to spot living things, such as people and animals, against cooler backgrounds.

However, since a thermal imaging scope attachment only produces nighttime images as heat signatures, there’s little or no image detail to separate one animal from the other.

As such, if you’re targeting a specific kind of game, you’ll struggle to separate it from other animals with similar body structures.

If portability and staying on a budget for your hunting gear are crucial to you, getting a thermal attachment for scope may not seem ideal.

Night vision goggles utilize light sources at nighttime, no matter how faint, to produce clear-cut images of objects in the dark.

As such, unlike a pulsar clip-on thermal scope that gives you color-coded heat signatures without specific detail, night vision goggles can produce detailed visuals of your target, including actual body parts.

However, night vision has some limitations over thermal scopes. For instance, you’ll struggle to locate your prey in extremely bushy areas. You could also find it challenging to find animals in foggy or dusty areas.

In contrast, a thermal scope will enable you to spot your prey, regardless of obstructions, since it relies on heat signatures.

Most hunters prefer thermal imaging devices since they allow them to spot prey through dust, fog, and bushy areas.

Extreme cold is the only significant hindrance to spotting animals using thermal scopes.

That said, night vision devices are more lightweight and affordable. As such, if you consider budget and portability while purchasing hunting gear, these nighttime visual aids are ideal for you.

Deciding between thermal and night vision scopes for hunting depends on what and where you’re hunting.

Instead of picking one over the other, we’d recommend purchasing both to give you an advantage in different hunting situations.

You’ll need a thermal scope attachment if you’re hunting prey in regions with thick bushes and fog. Thermal scopes produce heat signature imagery that enables you to spot your target despite these visual obstructions.

However, if you require specific detail to separate animals with similar body structures, you may need to opt for night vision goggles.

These devices are also ideal if you can’t afford both visual aids because of budget constraints or prefer lightweight hunting gear.

Internet Marketing: What Is It?