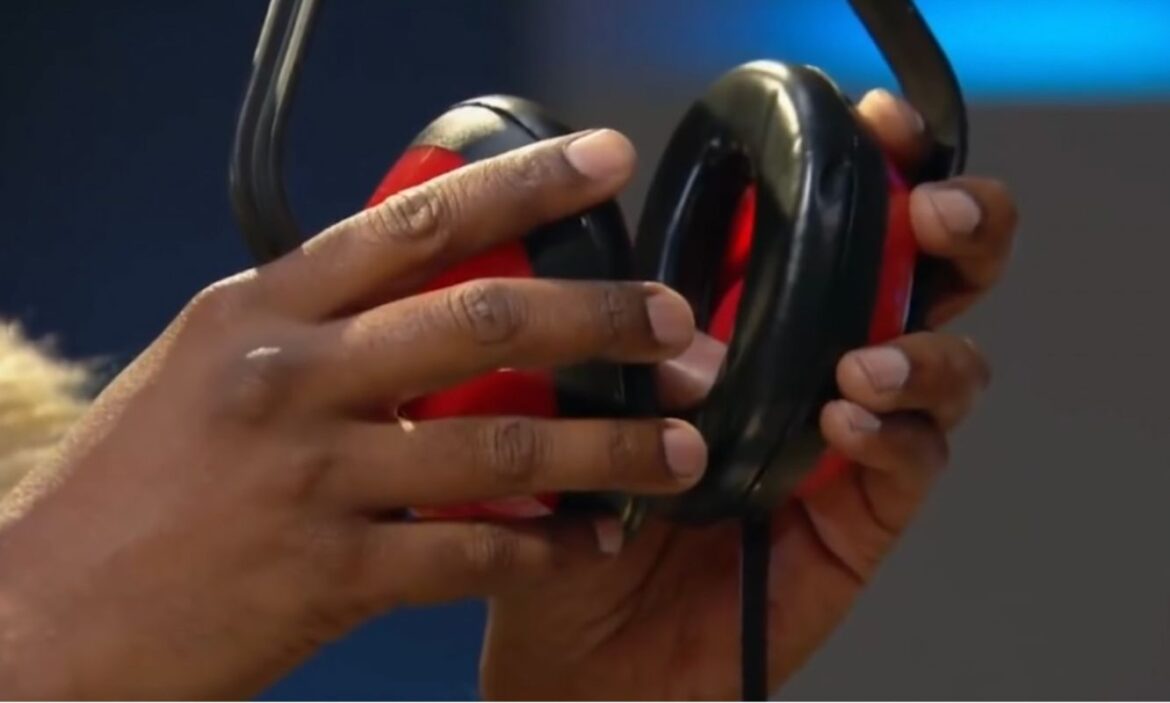 On Shark Tank, a drummer pitched the Sharks about his headphone company, Hoo Haa Headphones, and asked them to buy 20% of the company’s share for only $20.

In this article, we will tell you about a unique and strange idea pitched on Shark Tank and how a skilled drummer persuaded the panel of investors to invest $30 into his start-up.

Well, if you’re new here and just got to know about this silly story of Hoo Haa Headphones, you might wanna know about the show as well. So,

What Is Shark Tank?

Shark Tank is a reality show where aspiring entrepreneurs from around the world pitch their business ideas to a panel of “Sharks” or investors, hoping that they would invest capital in their ideas. The Sharks include Mark Cuban, Lori Greiner, Kevin O’Leary, Barbara Corcoran, Daymond John, and Robert Herjavec. At any given episode of Shark Tank, 5 of them will be available at any cost.

Apart from the original cast, there are some guest appearances as well. The TV show started in 2009, and now, 13 seasons later, it is coming back with the 14th season – Season 13 starts on September 13, 2022.

As interesting as the show and the business ideas that are represented get, we bring upon a story of how a drummer named Capital M brought a headphone that would solve the wire-tangling problem.

It was the last pitch of Season 3, Episode 2 of Shark Tank when Capital M drummed his way into the Sharks’ minds and stole the show. He started pitching the Sharks, asking them to invest $20 into his start-up for 20% of the stake. (evaluating his business at $100)

Right after he made the proposal, he started telling a story about his high school teacher asking the whole class what they wanted to become when they grew up.

Just as any high school kid would say, his mates said the same things. Some wanted to become astronauts, some doctors, and some pilots. But Capital M was different from the start – he wanted to be a famous drummer.

He wanted to become so famous and successful that he would like to play drums for Micheal Jackson and Lionel Richie (yes, he specifically mentioned these names). He then says that “everybody started laughing at him” for his weird obsession with becoming a drummer and performing for big stars.

What Did The Story Have To Do With His Product Pitch?

Nothing. Yes, the story he told about his obsession with becoming a famous drummer had nothing to do with the product he was pitching. When he told that to the Sharks, they burst into laughter and seemed impressed by his humor. “I just really like telling that story,” said the drummer.

After he was done with his story, the real pitch for his product began that he claimed: “solved a real problem.” What was that problem? Let’s find out.

He went to the drums and drummed for the Shark to set the tone of his pitch. He asked the hosts to imagine if they were drumming in front of thousands of people and you had to do a backing song that needed a headphone to perform.

Well, the headphone, in most cases, would be tangled. He called these tangled wires “Spaghetti city.”

As a drummer himself, he knew about this problem and told the Sharks that many drummers face this problem. Therefore, Capital M shifted the pitch to his product, which would solve this problem. He proposed,

Solving the spaghetti-wire problem of headphones, Capital M showed his product calling it the Hoo Haa Headphones. Capital M claimed that he looked up the solution but couldn’t find one. So, he invented the solution himself.

The headphones he invented were actually a cool product. With a press of a button, the wire would go right back into the headphones. The design was awesome and actually solved a real-world problem. According to Capital M, he had Patent Protection in Australia and the US.

Capital M said that he had already patented the product; he just needed an investment of $20 for 20% of the stake of his business, just for licensing. Yes, he needed to get his product into the market, so he was seeking investment from the Sharks – $20.

The Sharks did ask him if he’d considered wireless, but he said, “It’s been around for a while; I just don’t think it’s reliable.”

Well, at first, the Sharks were skeptical about his proposal. They asked him how he planned to get his product out in the market, but things shifted a little. They started treating him as a fun, charming person with excellent drumming skills and started talking about his offer to invest in his business – $20.

As interesting as his pitch was, the first three Sharks apologized to Capital M, saying that they’re not into the licensing and authorizing game. Naomi Simson, on the other hand, still believed in his product. Is it because she comes to know Capital M is from Malbourne?

She wants his product to get recognition in at least the Australian market. For that, she wants to introduce him to the Melbourne Accelerator Program (MAP).

“If you can integrate it into a piece of Australian technology, that it you worked together, then actually we’d get something unique for our country that we could export it,” Simpson added.

After Naomi Simpson spoke, Andrew Banks offered him the $20 dollar bill from his desk “without missing a beat.” Noami then wanted to invest too and suggested splitting the investment, and Capital M seemed to have no problem with that.

What Happened To Hoo Haa Headphones?

Now, that is the question you must have when you came here. There’s a Reddit thread where an internet folk asked the same question, but the thing is, no one seems to know the answer.

After Shark Tanks, Capital M and his Hoo Haa Headphones just vanished from existence. So, the next question is, why did he even come to the show asking for investment?

“Shark Tank Australia seemed to have done several of these weird pitches for token amounts for contestants that just wanted to give away part of their business with the hope that the Sharks would do a little work to make their remaining share worth something meaningful. e.g.

The pitch for the Hamdog, the combo of a hotdog and hamburger, made an offer of $1 for 25%. I wonder whether the US producers ever required a minimum bid to filter out these goofy pitches, or the US producers just never let anyone pitch something for a token amount?

After about the second season, they had enough people eager to be on the show that they probably didn’t need to take such squirrel contestants. Since you could always refuse an offer even if it was for what you initially “wanted,” it doesn’t seem like much in your interest to demand a ton of money when you could price yourself out of an offer.”

Shark Tanks is not only about getting investment from the Sharks. If you go to YouTube or just notice how many people and celebrities watch this show, one wouldn’t be an idiot to use this show as a source of recognition. Capital M did the same. Everyone knew that he didn’t actually come here to get $20; he came to the show to make some connections.

He wanted to team with the right set of people that could get his product into the market. As Unknown said, “70% of a big successful licensing deal is way better than 100% of an invention that is sitting on your shelf.”

While some think he wanted to make connections to get his product on the market, some would argue that he just wanted his drumming and audiophile skills so that any famous person or celebrity would hire him.

Clinic Near Me: Points to Note About the Top Health Center for Australians