Home Technology How Does A Surge Protector Differ from A Power Strip?
Technology

How Does A Surge Protector Differ from A Power Strip? 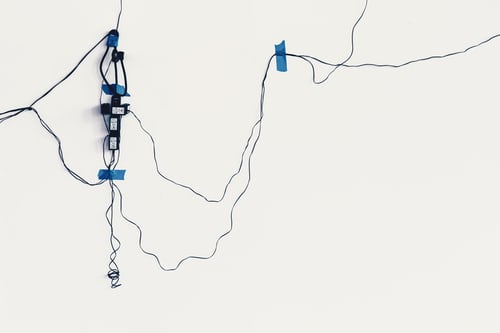 Surge protectors and power strips are common when looking for extra electrical outlets and receptacles. Both are available in stores and online. But what distinguishes the two, and how do you tell them apart? Check out our surge protector vs. power strip comparison to discover more about the differences between the two, how to pick the right one, and which solution is more suited to your needs correctly.

What Is A Surge Protector?

If a power surge occurs and a protector does not protect your electronics, it may result in potential damage. Surge protectors are designed to safeguard your gadgets from power surges by blocking or restricting any excess voltage that exceeds the safe threshold. A UPS, for example, serves as a surge protector.

What Is A Power Strip?

A power strip is a board with various electrical sockets that plug into a wall outlet, allowing you to power many electrical devices or electronic gadgets simultaneously. A 30-amp power strip would be ideal for extending the power supply to your convenience.

A power strip attached to a flexible cable at one end that plugs directly into your outlet and has multiple sockets on the other end can easily handle many devices simultaneously.

It simply increases the capacity of your wall socket in terms of the number of connected devices that may be powered on simultaneously. They are merely extension blocks that offer no protection against unexpected power spikes.

A power strip is a circuit board with many sockets connected to the end of a flexible cable that plugs into a wall outlet. It’s an extension board that simultaneously provides simple parallel wired power to several electronic gadgets.

It is also a multi-socket board since it can simultaneously power two to a dozen devices. At the same time, a surge protector is an electronic device that controls any excess voltage above a certain threshold to protect electronic devices from sudden power spikes or voltage swings.

A surge protector rating indicates a surge-protected device’s (SPD’s) ability to respond to a voltage threshold limit. In layman’s terms, the SPD response time controls how long an electrical item is exposed to a power surge.

All protectors have a response time to kick in and minimize voltage spikes within a safe threshold. Significantly, component data determines response times, and the shorter the response time, the more secure the devices are. When a spike is detected, protectors react nearly instantaneously. However, response time ratings are not available for power strips.

From the outside, they appear identical; in fact, the form factor of a power strip leads many people to believe that all power strips are surge protectors, which is not the case. A power strip is a multi-socket board plugged into a standard wall outlet.

It usually comes with a circuit breaker but doesn’t offer any protection against voltage changes. However, a surge protector is an entirely new piece of equipment with a small form factor but provides excellent protection for your sensitive electronic gadgets against unexpected power surges.

Power strips are relatively inexpensive in terms of price and are available for less than $20. So, if you require additional electrical sockets, that is the best solution.

Significantly, protectors are also not pricey. And they are the best option if you want to safeguard your electronics. With suppressors, the price range is more comprehensive. Some items are available for less than $20, but more expensive alternatives on the market provide additional protection.

Power strips and surge protectors are vital technological equipment that you can find in almost every home to increase the capacity of your wall outlet. Many believe all power strips are protectors, but this is incorrect. Although they appear to be the same on the surface, a protector is an entirely different device.

A surge protector, like a power strip, allows customers to connect several devices simultaneously while providing additional protection. Significantly, a surge protector serves as a power strip and protects your gadgets from abrupt voltage fluctuations and power surges by preventing excess voltage from exceeding a specific safe threshold limit.

Why should one look for gro companies and leash for employees?