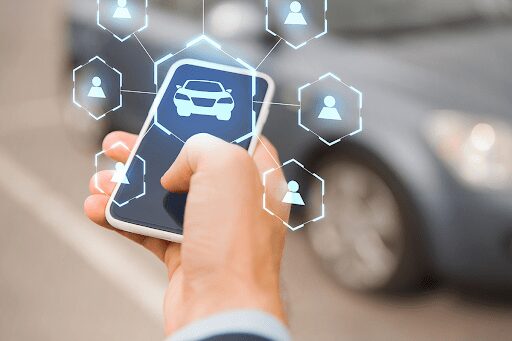 With the price of gas rising, many people are looking for alternative forms of transportation. One that has grown in popularity over recent years is ridesharing.

However convenient this method of getting from point A to point B is, there are still many people who hold reservations about using it due to some common fears.

One of the most common fears that people have when they think about using ridesharing services is that they will get the creepiest driver out there.

The initial exchange will be awkward, followed by a strange ride that leaves them feeling very uncomfortable in the driver’s presence.

Now, it is understandable that a person would want to avoid dealing with people that are overly weird but can it really be avoided?

You can meet a creepy teller at the bank, a creepy mailman, or even a creepy date. Why should one avoid a convenient ride to their destination just because the driver may be a little strange?

This fear is valid. There are bad drivers everywhere and who’s to say your Uber or Lyft driver won’t be one of them.

You can, however, minimize this possibility with a little research. When using the rideshare app of your choice, the drivers will have a rating that you can check.

You may even be able to read reviews about the driver before accepting the ride. This might even help with fear #1.

When you hire a driver from a ridesharing platform, you need to give them an address to pick you up. Many people are hesitant to share their personal information with a stranger.

If this fear is one of yours, there is an easy fix. All you need to do is meet the driver at the nearest store or other convenient location to your home.

The driver will never know your personal address and you won’t have to walk far to get picked up.

Some people aren’t afraid of creepy drivers but they are afraid of other passengers that might be sharing the car.

These passengers wouldn’t be focusing on the road and they might want to share in a conversation.

Although you may not want to be distracted by another passenger or feel uncomfortable in the same car as them, most people are simply doing the same thing as you- just on their way somewhere.

5. Getting Into an Accident

When you use ridesharing services, you are not in control of the vehicle and this can be a scary prospect.

Riding in a vehicle at any time puts your life in jeopardy but it’s even scarier when someone else is driving.

If this happens to you, especially in a big city, you will want the help of an uber accident lawyer Los Angeles, or whatever city you are in.

They can help you to get the compensation and protection you deserve in such a difficult time.

One of the most common and aggravating things to happen when using rideshare is leaving your phone, keys, or purse in the car.

Since it isn’t a taxi company where the owner has direct contact with the drivers and monitors their movements, it may be more difficult to get your belongings back.

Another rider may take your things or the driver might not be aware that it is there. Plus, it’s your word against theirs. If they don’t want to be held liable, they might just deny that you left your belongings in their car.

Being in a car alone with a stranger is always an uncomfortable situation. We never know the true intentions of the other person.

When we learn about Ted Bundy picking up women in his Volkswagen Beetle and John Wayne Gacy picking up little boys in his Oldsmobile, it’s no wonder that we have reservations.

In fact, there was a case in Baltimore of an Uber driver allegedly assaulting a young woman who used his services a few years ago.

The best thing to do is to be aware of your surroundings at all times and make sure you let others know where you are going. It may also be a good idea to carry a personal protection device as well.

While there are always many what-ifs that we can hold over our own heads, the ridesharing process is fairly safe and accidents or assaults are minimal.

There’s never any guarantee that you won’t encounter weird people but you shouldn’t let that deter you.

Know What Not to Do After a Car Accident in Boston

Using best strategies for teeth whitening in spas like the professionals

A Reliable Guide to Conquer the Dubai Desert Safari

Tips for Safe Driving in the Snow

Honeymoon Ideas: 4 Things To Do