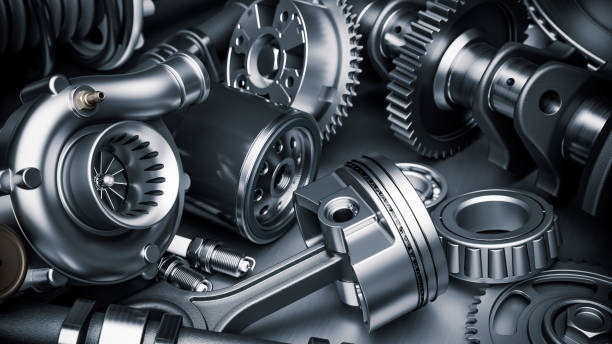 As per the global buyers list and world import-export data, the international trade of automotive parts in 2020 almost touched the $350 billion mark as the total import amounted to $340 billion.

Talking about the top importing countries, the United States emerged as the leading importer of vehicle spare parts, followed by Germany, China, Mexico, and Spain. These five countries held the lion’s share in all imports with a net percentage share of 45.6%.

If we look at the continental perspective, then among worldwide buyers, the countries in Europe were the largest spenders on auto parts in 2020 as their purchases totalled $170.2 billion. However, North America wasn’t far behind with 28.3% of the total import share, followed by Asians, whose imports account for 19.7% of the global total.

A valuable insight revealed by the global buyers list was regarding the smaller countries, whose respective trades were expected to slow down due to the COVID-19 pandemic; however, the prediction proved to be futile.

Let us look at the list of countries that bought maximum auto-parts in 2020:

The North American giant managed to retain its position as the largest importer of auto parts. The USA imported auto parts worth $60 billion as per the latest import-export data, which accounted for 17.7% of the global imports.

The world-renowned manufacturing destination of luxury cars was just behind the USA in importing automotive parts and bought auto parts worth $32.9 billion, which is 9.7% of the global trade.

China is a major importer of vehicle parts and ranks third on the current list of auto part importing countries. Its total imports amounted to $25.8 billion, or 7.6% of the world imports.

Another North American country on the list, Mexico, imported auto parts worth $21.9 billion, which amounted to 6.5% of the global imports.

Spain is a major emerging force in Europe in the automobile market. It ranked 5th on the global buyers list with a total import value of $14.5 billion, i.e., 4.2% of the world imports.

Canada used to rank higher in the list, but it recently got shifted to number 6th on the list of worldwide importers of auto parts. As per the current data, it imported auto parts worth $14.4 billion, which is 4.2% of the global imports.

Just like Canada, France also used to be ahead in the list of worldwide buyers of auto parts. Its last imports totalled $12.9 billion, i.e., 3.8% of the global trade of vehicle spare parts.

When we talk about major European markets, we cannot leave behind the United Kingdom. The UK bought auto parts worth $11.4 billion, which is 3.4% of the world import of auto parts.

If you find global buyers in the UK for auto parts, then one of the first names you will come across is Davis Turner Ltd., a Kent-based buyer. They buy ball bearings, tanks, warp pile fabrics, stainless steel seamless tube, tricot knitted fabric sheared and other auto parts from Germany and other global exporters.

You can reach them at Edisons Park, Crossways, Dartford, Kent, UK

You can reach them at Woodland House 3b, Montrose Road Chelmsford, Essex Cm2 6te, United Kingdom.

Many sellers find global buyers using the import-export dataset available online, and each of those datasets reveals that the United States has hundreds of frequent importers. Among them, Advance Stores Company LLC is a major name, and they import auto spare parts from China.

The California based importer is among one of the most frequent importers of the United States. Nissan vehicles are quietly popular in the United States, and Nissan North America primarily imports auto spares from Japan.

Yazaki North America is a Texas-based importer. It imports lights, bearings, fabrics, and other vehicle components from Taiwan.

What Are The Trends For Global Auto Parts Imports?

After a brief slowdown in 2020, the global auto parts markets are expected to boom in 2021. The reason behind the surge is the rising demand for spare parts as vehicle sales continue to dip, which will lead to more requirements for spare parts.

The reason is simple, as people are planning to use their existing vehicles for a longer period now, hence the need for more spare parts.

Limited and Unlimited Term Employment Contracts: Which one to Choose?

How To Decide Between Letting and Rent to Own in Perth?

KYC Registration with KRA in India: What You Need to Know

How To Decide Between Letting and Rent to Own in Perth?

How Tech is Changing Learning Systems Around the World

No Result
View All Result